Hi! Everyone,
This weeks FEATURED ARTIST OF THE WEEK is the talented folk Singer-songwriter PIET LOUTER. 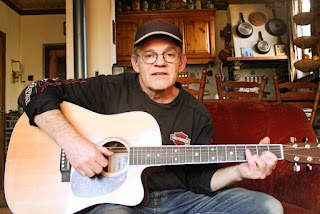 1.Please introduce yourself
I’m a singer/songwriter from the Netherlands born in 1953 with songs about social isues and personal things. There're 3 albums out now; "The Fair Story" from 2015, "Footprints In The Sand" from 2016 and 'OMAR' from 2019.
2. How did you get into music?
Can’t remember a time I wasn’t in, making music from childhood up and however there was an intermission from 1987 to 2007 I Always kept in touch with music by listening to lots of music of others.
3. What instruments do you play?
Acoustic guitar only
4. Who are your influences?
Jackson Browne, The Eagles, Paul Brady & many many others out of the country, folk, rock & americana genres gave me lots of inspiration making my own stuff.
5. Tell us about your latest release
In 2016 I was contacted by a certain Omar Jallow, a young boy from Gambia, who asked for attention for his poor situation. Although nothing appeared to be that this person really existed and he was probably a deceiver, who wanted to take advantage of the misery of others and therefore I broke off the contact after some time, his story was so realistic that it called my attention to the misery in which many people find themselves in the third world countries. In recent years, Western countries in Europe, North America and Australia have been confronted with large numbers of migrants who, for various reasons, often risked their lives out of pure despair to get out of their native country, plagued by war and natural disasters, which often have a direct or indirect link to climate change in large parts of the world, as a result of global warming, most caused by the economies and ways of life in Western countries. My 3rd album 'OMAR' has been released in February 2019, which is completely dedicated to these issues. The lyrics of the smooth acoustic folksongs on this album are intended to make the listeners aware of things that have to do with this, such as the difficult integration of strangers due to cultural differences, the influence of the internet, the fortune seekers, the shocking increase of the world population with about  200,000 people a day and the role played by the big players on the world stage in all of this. 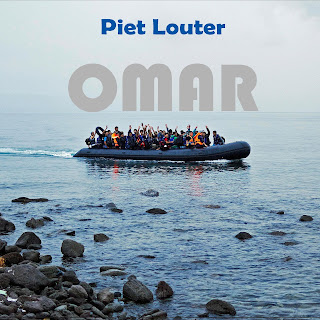 6. Whats your songwriting process?
Tunes come by chance, later on if I find it good enough to write lyrics on it, I try to make lyrics that meets the tune. Arrangements always serves the lyrics and must give some expression to the lyrics.
7. Which musician/ artist would you most like to collaborate with & why?
Don’t know, Always working on my own.
8. Where can fans find your music (links etc)?
https://www.pietloutermusic.com
https://www.facebook.com/Piet-Louter-Music-1462329210715764/
https://www.youtube.com/channel/UCQxSruCBbum8zfuEgSHpFaw
https://soundcloud.com/piet-louter
https://pietlouter.bandcamp.com/releases
https://www.cdbaby.com/Artist/PietLouter
https://open.spotify.com/artist/4ecJwuc1u3sDeXoVAKaUOt
https://www.linkedin.com/in/piet-louter-1b165287
https://www.reverbnation.com/pietlouter
https://itunes.apple.com/nl/artist/piet-louter/id570177942
I would like to say a huge thank you to PIET LOUTER for taking part in 'Featured Artist of the Week' 😀😀
Until next time
Law