This weeks FEATURED ARTIST OF THE WEEK
is the talented singer,  multi-instrumentalist, songwriter & producer MITCHEL EMMS

1. Please introduce yourself:
My name is Mitchel Emms and I'm a self-taught singer / multi-instrumentalist, songwriter and producer.
I've been performing and making music since I was 9 years old, been in a dozen different bands and projects over the years as well as becoming a quarter finalist on BBC1's The Voice UK back in 2013. After taking a short break from music in 2017, I'm currently in the process of releasing my first ever self-produced solo album!
2. How did you get into music?
Music had been part of my dad's side of the family, so there was an old 12 string guitar in the house when I was a kid and Pink Floyd Cd's. My older brothers used to watch all of the popular rock music channels at the time (MTV 2/Kerrang) and inevitably I was exposed to a lot of the Nu-metal, grunge and indie rock of the time. One day, "Heart Shaped Box" by Nirvana came on and it changed my life in that, almost overnight, I became obsessed with the idea of becoming a singer / guitarist. Although I was 9 at the time, music seemed to come really naturally to me as I discovered I had perfect pitch. I got my first electric guitar (A second-hand korean Squier Stratocaster) and my dad helped me get a little zip-disk 8 track recorder which I started making and recording songs on. After that I started performing live with backing tracks in pubs with my aunt, who was a live entertainer, and afterwards I started playing with bands.
3. What instruments do you play?
Guitar was my first love and still is the main instrument I go to, despite being known mostly as a singer. But I also play Bass, Drums, Piano and Synths. Over the past few years I've been doing a lot of recording and mixing my own demos and material and through doing that I could definitely say that mixing is an artform with the DAW (digital audio workstation) being a musicial instrument of itself, which is also why I've mixed my latest album myself to achieve the sonic vision that I had for it (and because I genuinely enjoy the process!)
4. Who are your influences?
I used to be into a lot of rock as a kid but I quickly moved onto other genres of music. I'd say that my influences are artists that have made music that have left a lasting impact on me over my life. Radiohead, Pink Floyd, Nirvana, Joy Division, Nick Drake & Jeff Buckley are a few of those bands. A few modern artists such as Bon Iver, Tame Impala & Steven Wilson have been big influences on me recently as well as electronic artists such as Jon Hopkins. But generally anything that's melancholy, progressive or emotive is usually my bag. I've also found that cinema, photography and art also have a big influence on some of the aesthetics that I enjoy too, especially when it comes doing artwork / video content & graphic design for my recent releases.
5. Tell us about your latest release
"Vertigo At History's Edge" is my first solo album that's coming out on the 25th October. I've played, recorded and mixed the whole album by myself and I'm super proud of it. It's a concept album about awakening, coming to terms with loss and moving forward. A sort of lament for innocence and trying to find beauty, meaning and self-love in an ever-more confusing world. Musically, it's a melting pot of all my influences, so it's a strange mix of alternative / indie with progressive / psychedelic / post-rock that go from explosive moments of guitars, strings and drums to stripped back, lo-fi acoustic moments and interludes.
I released a song last year called "Rivers Of Ice" and the response from that made me want to make a full artistic statement in the form of a full album. I'd been recording music my whole life but I'd finally got to a point where I felt that I was confident releasing something that I'd made from start to finish. There was a lot going on in my personal life at the time of writing it as well as the loss of a friend, for which this album became the outlet for. It's probably the most personal and experimental album I've ever made so far and the first in a very long time that I feel truly represents who I am as a musical artist at the time of making it. Definitely a weird way to kick off this chapter of my life as a solo artist!
Two songs, "Rivers Of Ice (2019 Mix)" and "A Truth Inside The Lie" have been released over the past couple of weeks with a few more singles coming out very soon. 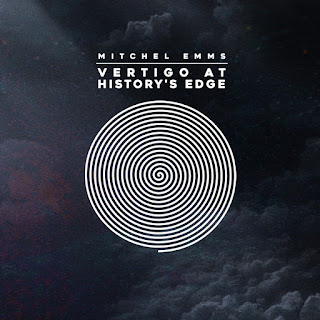 6. Whats your songwriting process?
Usually it'll be me just messing around on my guitar and experimenting with sounds and effects. If I improvise something that sparks my imagination, I'll record it straight away. After that, I'll start jamming recording other instruments around it until it becomes a full song. Vocals and lyrics usually come last which tend to come out as a form of stream-of-consciousness style that I make sense of afterwards. I find it's always interesting to make songs that way because the feel of the music determines what I write about, rather than trying to objectify my own thoughts & feelings into poetry first. Sometimes it'll be a few weeks later until it "clicks" what I was actually writing about, kinda like a strange form of psychotherapy and I know that it isn't too contrived and comes from a genuine place.
7. Which musician/ artist would you most like to collaborate with & why?
This is a tough question! I usually like other artists because they're not "me" and I like their own individual style and wouldn't want to tamper with it if I'm already a fan. If I had to pick one, I'd be absolutely fascinated to work with someone who isn't involved in rock music, which for me would be a guy like Jon Hopkins, and see what it would end up sounding like.
8. If you were on a desert island what 3 musical gear would you take?
Easy! Guitar, Amplifier and a Reverb/Delay pedal. You could never get bored with endlessly making cool soundscapes and loops.
9. Where can fans find your music (links etc)?
"Vertigo At History's Edge" can pre-ordered here: https://listnin.co/VertigoAtHistorysEdge
Two songs off the album are already out, which you can hit up on Spotify now.
You can keep up to date with what I'm up to on the following links:
Youtube: https://www.youtube.com/mitchemms
Facebook: https://www.facebook.com/MitchelEmmsOfficial/
Twitter / Instagram: @Mitchelemms
Soundcloud: https://soundcloud.com/mitchelemms
I would like to say a huge thank you to Mitchel Emms for taking part in this weeks: Featured Artist Of The Week 😃😃