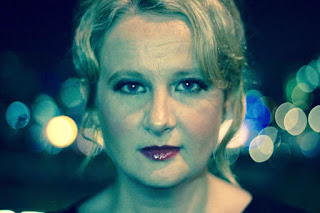 1.Please introduce yourself
I’m Helen Sanderson White, a singer-songwriter, vocal coach and artist from Buckinghamshire. I play piano and mostly work as a solo performer, but more recently have performed with The English Jazz Orchestra in London. I’ve performed and written in many styles of music including, dance, acoustic, pop and jazz.
2. How did you get into music?
I started singing in public when I was three years old and found that I loved it, so my parents encouraged it. When I was five, I started learning the piano and eventually began songwriting in my teens. It took me along time to feel confident about my abilities, so I didn’t start my music degree until I was twenty-five. I genuinely surprised myself on that course, and it’s lead me to teach as well as perform.
3. What instruments do you play?
Piano and keyboards, flute (badly! I don’t play that in public!). Over the years I’ve tried my hand at trumpet and guitar but I always come back to the piano.
4. Who are your influences?
The answer to this question varies from week to week! I grew up listening to The Carpenters and I’ve always loved Karen’s vocals. I’ve always had a fascination with the female singer-songwriter genre as I think women have a unique view point and ways of saying things, so with that in mind, I would say Alanis Morissette, Sarah McLachlan, Judith Owen and Julia Fordham. I love mainstream pop and jazz, and George Michael made a career out of being able to leap from one to the other, his music has definitely been a major influence on me over the years.
5. Tell us about your latest release
I’m currently writing and recording a new album which I’m hoping will be released later on in the year. I haven’t released a full length album since 2006, just a series of EPs and singles, so it’s exciting to have the freedom of a large project. The title is a closely guarded secret!
My last release were two singles that were commissioned by the Centre for Buckinghamshire Studies to commemorate the centenary of the World War 1 last year. These were Are You Coming Home? which was based on aspects of letters from soldiers and families, and an a cappella song, All For Love which looked at the last words of Captain Francis Grenfell.
6. Whats your songwriting process?
Eighteen months ago I hit a wall with songwriting and realised that my writer’s block was mainly caused by doing the same thing over and over. Sometimes you have to change the way you write to keep things fresh. Previously I had been writing at the piano and I would improvise until I found something that worked. I’d just got to the stage where I felt a lot of my songs were sounding the same and that I wasn’t finding the piano very inspiring. I started to write free from any instruments and found that the a cappella route was bringing a new sound to my style and that I felt there was more freedom to experiment. A lot of musicians go through a bad patch with composing, performing etc at some stage in their career, it’s knowing how to navigate those seasons well that keep you from burning out.
7. Which musician/ artist would you most like to collaborate with & why?
A lot of the artists I would like to have worked with have sadly now died! However, I’d love to work with Judith Owen, Scary Pockets (such amazing cover versions!) or Michael McDonald. Michael McDonald is an incredible musician and has a way of drawing the audience into the world of the song story and taking them on a journey. Such an incredible talent! Interestingly, some of the Scary Pockets cover versions are so good, that I prefer them to the originals!
8. If you were on a desert island what 3 musical gear would you take?
My Nord Stage 2 EX keys, TC-Helicon Vocal Live Touch 2 and MacBook with Logic on it. Obviously I need mics, cables and electricity! Do desert islands come with electricity?
9. Where can fans find your music (links etc)?
Website www.helensandersonwhite.com
Apple music https://itunes.apple.com/gb/artist/helen-sanderson-white/424305000
Bandcamp https://helensandersonwhite.bandcamp.com
Youtube https://www.youtube.com/user/henlivemusic