Hi! Everyone,
This weeks FEATURED ARTIST OF THE WEEK is the talented musician, singer-songwriter ERIC SOMMER 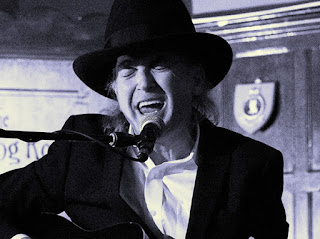 1.Please introduce yourself
Hello Hello - My name is Eric Sommer

2. How did you get into music?
My Dad gave me a guitar when I was 6 years old; I grew up in SE Asia, and my beautiful parents felt they needed to get me something to keep me busy and off the streets

3. What instruments do you play?
Stringed Instruments like guitars, sitar, banjo and cigar box things I make mostly, plus Harmonica, Piano and kick pedal tethered to a cardboard box

4. Who are your influences?
I grew up immersed in Bob Dylan and Pete Seeger, and then acoustic players mostly, from Steve Howe to Davy Graham, Bert Yansch, and John Renbourne plus the early Pentangle stuff and I was and still am attracted to the clarity, pure emotional content and unforgiving beat of early punk - Clash, Dead Kennedy's, Gang of Four, and then the new wave stuff with The Cars... I am very interested in John Cage and King Crimson, and in uncovering new emotional triggers with soundscapes...

5. Tell us about your latest release
The latest release is a three disc project that comprises 33 songs, using a variety of instrumentation. The core is a trio, and the first 11 songs are finished and mastered, and are in the traditional power trio format which delivers an upfront sonic presentation not unlike the early Rockpile and Pretenders groove.
The songs are quirky, thought provoking and as pure an exploration of melody and content, subject matter and social commentary as I could drag up; These songs are on their own, living together on the record where they swing from the Giant-Steps-influenced "Formica Suit" to the urban melancholy of "Panic in Passaic", and jump on the groove train with "Soldier Bob" and ride it all the way to Texas, grab a cheese burger & a cherry freeze and get back in time for Do Re Mi...
There's love lost by circumstances in "Tell Me What I'm Doing Wrong", there's a hillbilly anthem to parking cars in the front yard titled "Red Neck Parking Lot" and another that expounds on the joys of driving fast called "Keep Your Hands on The Wheel"
6. Whats your songwriting process?
I believe a song, a poem, a bit of verse or an entire essay will come when it wants to, no matter if you are ready or not. And the is nothing you can do about it except recognize what is happening, pull over and let the universe speak through you. Write it down and stay there until it's out. You probably won't catch that inspiration later, so take the moment and get writing. 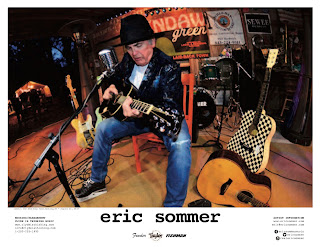 7. Which musician/ artist would you most like to collaborate with & why?
The Universe flows freely through Paul McCartney and his catalog is a statement to his being completely open to the inspirations the Universe sends, so I'd appreciate an afternoon with him alone, on a bench, talking. I would love to spend an afternoon with Dylan Thomas, and with one or two Street Performers from Dublin and also from the Nottinghill Street Market... I would love to write with someone on the skids, who has nothing left except their soul and a life of regret and wrong turns, just imagine what they have to say. I would love to write with Bob Dylan around the time he wrote "Like a Rolling Stone" and I'd give a lot to be able to have an afternoon with Truman Capote, just as he finishes "A Christmas Memory", in my view the perfect short story and lyrical statement. I like finding fresh faces in the basement of NSAI in Nashville, full of songs, ideas and verbs but not yet able to hook them all together... and I would love to hear from Joe Jackson who I'd ask to trade lines with me. And my 92 year old Dad, still the poet Laureate, who at the drop of a hat, and many times without provocation, will hold for on a firey ramble that can shake the rafters and is so loaded with glorious uses of the English Language it would keep a Doctoral Student busy doing research for a month...
I write with anyone who inspires me.
8. If you were on a desert island what 3 musical gear would you take?
My 1969 Fender Telecaster, my 1971 Fender Princeton amp and a Vol pedal/Tube Screamer/Boss Tuner pedal line-up. Please Please - one more? a cheap Jay Jr. Acoustic with a Fishman Matrix II

9. Where can fans find your music (links etc)?
A lot is at www.ericsommer.com, and on soundcloud/eric-sommer