FEATURED ARTIST OF THE WEEK: COPPERWORM

Hi! Everyone,
This weeks FEATURED ARTIST OF THE WEEK is Alternative Rock Band COPPERWORM

1. Please introduce yourself
We are Copperworm, an alternative rock band based in the North West (UK) and we're made up of Peter Wolfe, Brent Copson and Andy Wood
Originally formed in 2015 in Warrington by Peter and Andy, we reformed 6 months later after our original bassist left to live in Columbia and then our new bass player Brent joined the band
2. How did you get into music?
We all got into it different ways but each of us were in bands previously. Peter was in a band when he lived in Kent called the Blue Room mostly doing rock covers but some but before that leaned acoustic blues from  friend he made in a pub he worked in. Brent was also in a covers band and Andy was looking to expand his horizons
3. What instruments do you play?
Peter is the vocalist and lead / rhythm guitarist, Brent plays bass and Andy keeps it thumping on drums

4. Who are your influences?
Influences are pretty varied but include, Led Zeppelin, Pearl Jam, early UFO, Black Sabbath, Jimi Hendrix, Soundgarden, Cream, Reef and the Doors
5. Tell us about your latest release
Most of our songs come from jam sessions and this was no exception. Brent cam up with a bass line and Andy jumped on with the drums and I (Peter) just started jamming a riff. Like a lot of our songs, it was recorded in one take but without any vocals. I took it away ad had the tune running through my head. Lyrically it's about gangs chasing someone down in a city. Could be anywhere and all the victim wants to do is get out of here, hence the title. I recorded the vocal overdub and that was it. Job done. 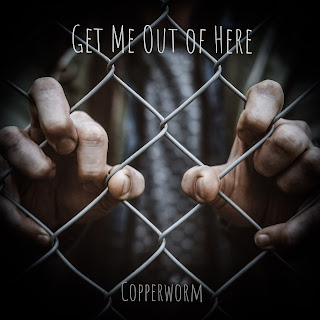 6. What's your song writing process?
As before it's all collaborative from jam sessions. We've been playing together long enough to just 'get' where each other is coming from, so it just clicks into place. We usually find we come up with one or two new song ideas a week
7. Which musician/ artist would you most like to collaborate with & why?
There are loads of great indie bands out there that most people have never heard of. It would be great to work with Underground Vault, Shadow of Everest, White Man Dancing or 10 Gauge. At the peak it would have to be Pearl Jam. Such a huge influence, nice guys and very talented
8. If you were on a desert island what 3 musical gear would you take?
Peter - My Epiphone Electro acoustic. Andy would take his acoustic set and Brent has an acoustic bass. If the island had electrics (solar power) then we'd be electric all the way. You just can't beat that turned up plugged in rock driven sound!!!
9. Where can fans find your music (links etc)?
We are on all the major outlets, Spotify, Apple Music, iTunes, Google Play, Amazon Music, YouTube etc.
Here are some of the links
Spotify
https://open.spotify.com/artist/4n6pUyvntSsq9noCp3mphD
Amazon
https://www.amazon.co.uk/s?k=Copperworm&i=digital-music&search-type=ss&ref=ntt_srch_drd_B07KWG4J32
Google Play
https://play.google.com/store/music/artist/Copperworm?id=Anf6m45mcylogjc3mqfrvpgcxk4