FEATURED ARTIST OF THE WEEK: ALEX STORER (THE LIGHT DREAMS)

Hi! Everyone,
This weeks FEATURED ARTIST OF THE WEEK is the talented electronic musician & songwriter ALEX STORER  (THE LIGHT DREAMS) 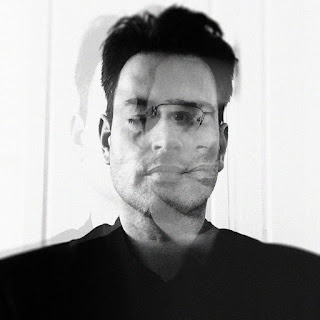 1.Please introduce yourself
My name is Alex Storer, and I'm an artist/illustrator and electronic musician from Sheffield. I've been recording under the name 'The Light Dreams', since 2006, and have been independently releasing my work since 2012.
2. How did you get into music?
I was a passionate music fan for many years (still am), and as an artist, having music playing was always a key part of my creative process. However there came a point in the late 90s when I was no longer content at just listening to music. I wanted to be making it... despite having no formal training whatsoever!
However at the time, I simply couldn't afford the gear I'd need. Fast forward to 2006 when I bought a new Apple Mac – by coincidence it came with GarageBand – and that was an entirely unexpected eureka moment, as this clever piece of software did absolutely everything I wanted. This allowed me to test the water and work out whether I had any musical ability and if I could make the kind of music I wanted to. Got myself a midi-synth and I was rolling! it has been a long, slow learning curve from there, but a very rewarding one, creatively.
I later moved on to working with Logic X, but remain purely software-based. I like the simplicity of it. I'm still amazed how we can have all the tools of a professional studio from the comfort of home.
3. Who are your influences?
I grew up listening to Jean-Michel Jarre and Mike Oldfield in the early 80s. That kind of music opened my ears at an early age to the escapism of instrumental music and that strange ability for it to paint pictures in your mind. In later years, I became obsessed with Peter Gabriel, David Bowie, John Foxx, Simple Minds, Depeche Mode and Gary Numan... although my music is instrumental, the influence of all of these artists can be found in my work when you listen closely.
Part of the enjoyment of making music is soaking up influence recycling it into something of your own.
4. Tell us about your latest release
Mutate is a dark and cinematic album of (hopefully) thought-provoking pieces. For this project, I decided to only use new sounds where possible, and I wanted create a heavier, grittier soundscape. It started out as unsettling music that reflected the unsettling times we are in but, as most projects do, it soon took on a direction of its own.
There's a lot of science fiction influence in my work, and there is an evident dystopian edge to the tracks on Mutate. But as the title suggests, the notion of change and evolution lies at the core (that said, I do like to think that my music is also open to interpretation). 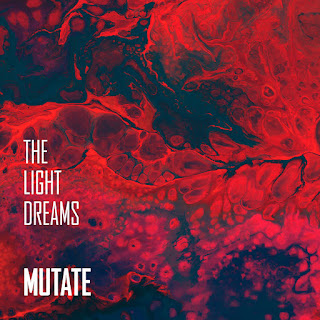 5. Whats your songwriting process?
I am entirely self-taught and play by ear. It really is an instinctive and an organic process (which is reflected in my style) – it feels very much the same as painting; one medium uses colour, the other uses sound. With that in mind, there's often an inevitable crossover between my art and music.
Because my music is instrumental, I like things to be loosely concept-based and let the titles do the talking (this also harks back to that golden age of progressive and electronic music in the 70s). I prefer to start off with a title (these often come from what I'm reading or a line in a film; anything which sparks inspiration) and work backwards from there. Bass and percussion are usually the first musical ingredients to go in.
6. Which musician/ artist would you most like to collaborate with & why?
Either be Peter Gabriel or Jean-Michel Jarre. I think we'd work in similar ways, and both artists embrace the art and passion of making music, whatever your level.
7. If you were on a desert island what 3 musical gear would you take?
Putting an electronic musician on a desert island is just cruel! Is there power?
8. Where can fans find your music (links etc)?
My main platform is Bandcamp (thelightdreams.bandcamp.com) – but I recently joined MusicGlue (musicglue.com/the-light-dreams)
I also have a website dedicated to both my art and music, which can be found at thelightdream.net
I would like to say a huge thank you to ALEX STORER for taking part in: 'Featured Artist of The Week' 😀😀
Law